How to get international SEO right in bilingual countries like Belgium 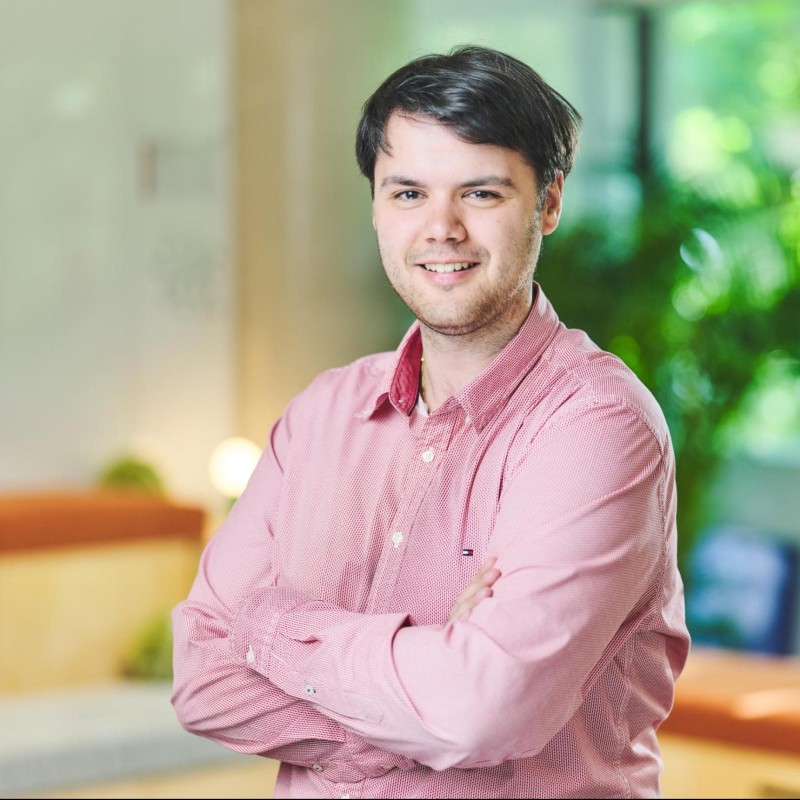 International SEO becomes important when your website is active in a country where the official language is overlapping with the official language of countries in the same area (like in Belgium, where we overlap in the north with the Netherlands for Dutch content and in the South with France for the French content). Countries with a single language like France, the Netherlands, the United Kingdom, or Germany don’t have issues with leading people to pages in the wrong languages of the same website (as they don’t have another language). They do however have an overlap with other countries but usually, the multi-language country is much smaller (France can suffer from overlap with Belgium).

As many of you probably know, Belgium is a complicated country. The main complexity comes from the fact that Belgium has 3 official languages: Dutch (or Flemish to be more precise), French, and German. Because of these 3 languages, we have to bring international SEO in our SEO strategy even if we are not present in multiple countries. 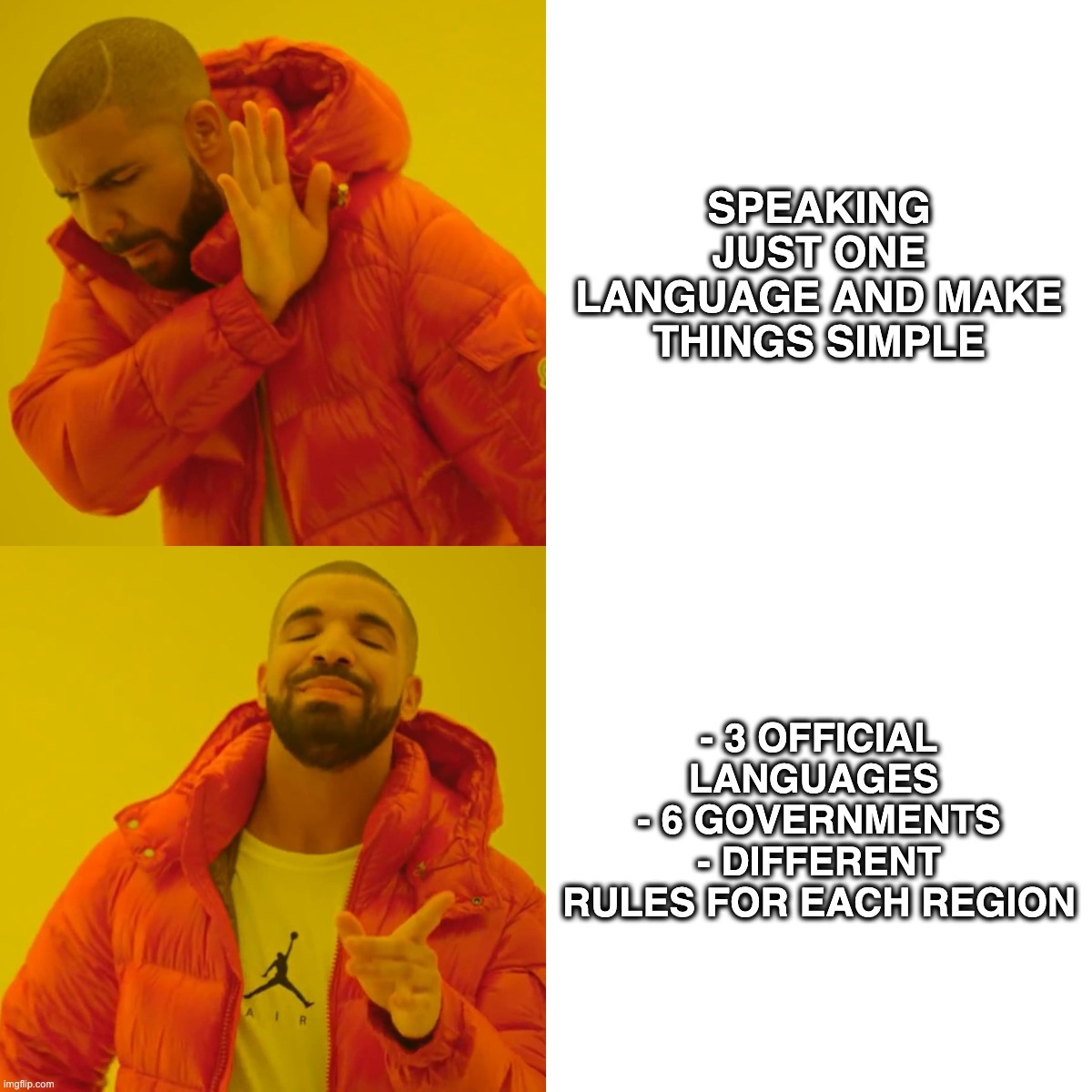 Often, Belgian websites of a big brand are meeting Dutch or French websites on the Organic Search Engine Result pages, sometimes even getting outranked by them. Aside from being a country with multiple languages, Belgium is also not the biggest country, so implementation of international SEO is not prioritized for Big Brands as the impact will be small.

For the tracking of our organic positions, we use SEMrush as a position tracking tool. In this tool, you can add competitors to see their positions on the keywords you have selected. In this list of competitors, we also add the websites of the other countries (like .nl, .fr, etc.).

When we then see that on some important keywords the positions of the other countries are higher than ours, we have an issue.

The number one technique for international SEO is the correct implementation of Href Lang tags. Href Lang tags allow us to flag for what country and language the content is optimized and what the alternatives for other countries and languages are.

We have already talked about the use of hreflang tag and canonicals on our blog, so we won’t go into more detail in this article.

Aside from the Hreflang tags, there is also the option to add Hreflang in the sitemap. This technique requires less work from the webmasters, as they don’t have to go page by page to add the hreflang tags. They only have to update the sitemap. This can help in convincing other countries (of a large international company) to implement hreflang.

For the Hreflangs in the sitemap, the code stays 99% the same, we only have to add it in the XML code of the sitemap. This adds for each page mentioned in the sitemap one line for each language/country combination, including a self-referencing one (as you can see on the screenshot below).

Here you can find a Hreflang sitemap generator that allows you to upload a CSV file with the URL mapping and creates the Hreflang sitemap for you: https://technicalseo.com/tools/xml-sitemap/

Why is it so difficult to get Hreflang right?

Implementation of Href lang tags often is neglected because of 2 reasons. Number one being the mapping of each page to its closest variant, the other languages. When there is no fixed URL structure between the pages or even countries, this task is a time-consuming and manual job. If there are languages that none of the people in the SEO team understand, this task becomes near impossible to do.

When the mapping is created there is the second reason why it is often not implemented: collaboration between countries. For hreflang tag to have an impact, all countries need to implement it. Implementation of the Href Lang tags is mainly beneficial for the country that has multiple languages like Belgium, but for the other countries (for Belgian websites often the Netherlands and France) this task is time-consuming and there is no benefit for them. So this task is deprioritized or simply deleted from the agenda.

Why international SEO needs to be part of the strategy

First we want the user to land on the page of his/her language: when someone looks in French, we want the landing page of the search to be a French page and not a Dutch page and vice versa.

If we are present in multiple countries, we also want the user to land on the correct country, for example a user from the Netherlands looking for something in Dutch doesn’t want to land on a Belgian website in Flemish.

ŠKODA is a well-known car brand – part of the VW Group – with headquarters in the Czech Republic. The brand is active worldwide having Europe as main market – including the Netherlands, Belgium, and France – and is distributed in Belgium by D’Ieteren Automotive NV/SA. One of our focus keywords for SEO is “skoda SUV” as this is a keyword for all 3 of the previously mentioned countries. We have all 3 countries optimize the content and the metadata towards this keyword.

Looking at the positions, the Belgian website was ranking below the Dutch and French websites. This also means that the Dutch and French websites were stealing traffic from the .be website, as there are a lot of people clicking on the first result. Additionally, the information on pricing is different between the different countries, so the information is wrong for the user.

At its high point, we estimated that there were about 900 sessions a month stolen by France and the Netherlands because of this.

Thirdly, we also want to avoid having duplicate content across different domains. In case you have a .fr website with the same content as .be/fr you want to take into account international SEO techniques to avoid having bad positions for both domains.

An older CLICKTRUST case but still a good one to mention for international SEO. This client is selling name tags in different shapes and sizes and in different countries of which Belgium, the Netherlands, and France are 3 of them.

CLICKTRUST was their partner for link building and SEO. At a given moment, all the positions stabilized for Dutch and French with a near-perfect technical score of the website. Adding extra links didn’t do the trick anymore. After some digging, we noticed that the .nl and .be/nl websites were exactly the same as well as .be/fr and .fr. None of the websites had Href Lang tags implemented, so we had Cross-Domain Duplicate Content.

After Href Lang tags were correctly implemented (URL structures were the same across all countries, so mapping went quite fast) we noticed the positions increased again. Later for the launch of the Brazilian website the Href Lang tags (to avoid the same issue with Portugal) were added at the launch and Href Lang tags are now a fixed check-in their SEO strategy.